I'm going to saute an onion, red peppers, and the steak fajita strips (from my food co-op share). Then we'll top with cheese, salsa and sour cream and serve with tortillas.


Toasted Pears with Blue Cheese (from Barefoot Contessa: Back To Basics)
3 ripe but firm Anjou pears


Preheat the oven to 375. Slice the peeled pears lengthwise into halves. Remove the core and seeds with a melon baller, leaving a round well for the filling. Trim a small slice away from the rounded sides of the pear so they will sit flat in the baking dish without wobbling. Toss pears with lemon juice to prevent browning and arrange in a baking dish large enough to fit them snugly. Gently toss crumbled blue cheese, cranberries, and walnuts together in a small bowl and divide mixture among pears, mounding it on top. Then combine the apple cider, port and brown sugar, stirring to dissolve the sugar. Pour the mixture over and around pears. Bake the pears, basting occasionally with the cider mixture, for 30 minutes until tender. Set aside until warm or at room temperature. Just before serving, whisk together the olive oil, 1/4 cup lemon juice, and 1/4 cup of the basting liquid in a large bowl. Add arugula and toss. Divide arugula among plates, top with a pear, drizzle some of the basting liquid over the top and sprinkle with salt. Serve.

Chris will be at school on Wednesday, so....I think I might just eat pears for dinner with nothing else. Hey, it's better than eating the whole twinkie box for dinner, right?

Salt and pepper, to taste

I think we'll grill up some Omaha steaks from the freezer and do these fried tomatoes with salad.
Posted by Annalisa at 4:55 PM No comments:

One commonly-used method for saving money on groceries is joining a local food co-op. We've only got one in Salt Lake (some places have many!) - The Community Food Co-Op of Utah. I decided to give it a try this month. Co-ops have a rotating menu with different food packages or shares that you can purchase each month. You pay the co-op for your desired share and then pick up your food at your neighborhood distribution center on the day of the co-op. So simple! 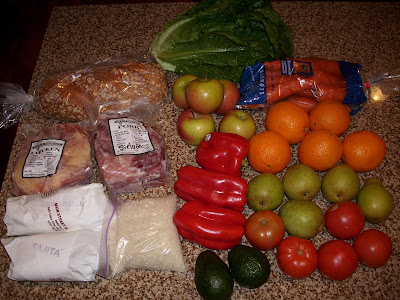 What a deal! The retail value was $46 + tax for the standard share. Now I'm off to work on my menu plan using some of these items!


How does the co-op provide food at such low prices?
By ordering in quantity and utilizing local farmers/growers.

Who can join?
Anyone! If you eat, you qualify.

Is the food good quality?
The food comes from the same wholesalers that supply the local grocery stores, so you can expect the same quality. No seconds or bruised items here. It's all fresh, excellent food.

How can I find a local food co-op near me?
www.coopdirectory.org

How do I find recipes to cook with the ingredients I've got?
Use www.recipezaar.com! Type in an ingredient and it will give you recipes that use it!
Posted by Annalisa at 12:40 PM No comments: 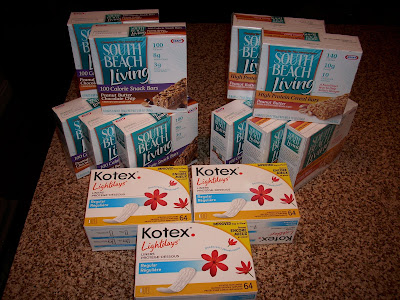 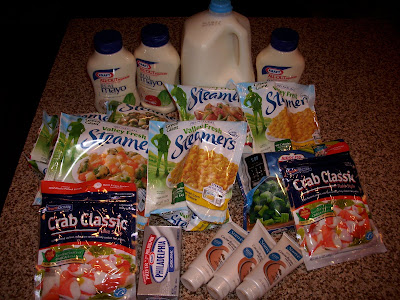 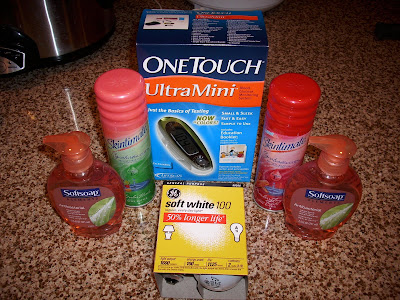 (Don't mind the crockpot and rice cooker on the counter from Monday's dinner.)