I recently found out about a pretty neat Glade promotion at Albertsons. Buy one Glade Scented Oil Warmer (on sale for $4.48) and get a $4 catalina at checkout. Apparently it's been going on for a while because I went to 4 Albies before I found a store with any in-stock! But when I did I used all my coupons up (some try-me-free's, a few bogo's and a few $3 offs) and ordered more on ebay (promotion ends 11/2 I think). 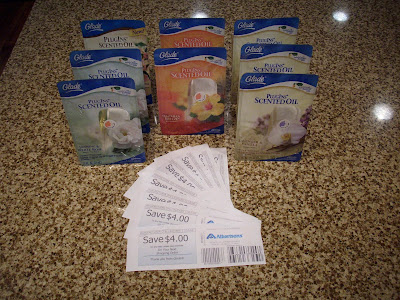 I bought 8 Glade warmers that cost me ~$6.xx out of pocket and got back $32 in catalinas good on my next grocery purchase. I'm going to use them to stock my freezer with meat for the winter!
Posted by Annalisa at 1:41 PM No comments:

Once A Month Cooking - Potatoes

I got the idea for this HERE, at a woman's blog who occasionally does once-a-month cooking. She did potato skins, twice-baked potatoes, and mashed potatoes. I chose just to do the mashed and the skins.

Five-pound bags of potatoes were on sale for $0.99 last week at Smiths, so I picked up 2 bags. I had shredded cheese in my freezer from a sale last spring (where I got it nearly free), as well as some bacon in my freezer that I got for $0.29 per package in June with a great coupon. Then I also picked up one bunch of green onions ($0.89 at Reams). Total cost for this project is less than $4! If a serving is 2 potato skins, it comes out to about $0.12 per serving. 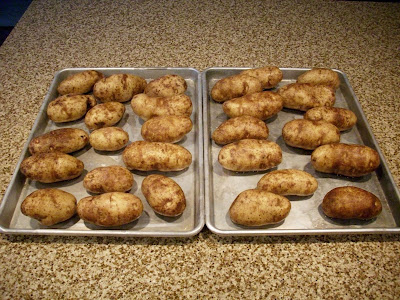 First I scrubbed the potatoes and poked them with a fork. Then I cooked them for 1 hour at 450 degrees in the convection oven. 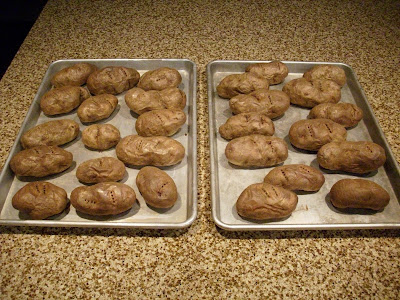 After they cooled I cut them in half and scooped out the insides to make mashed potatoes. I mixed the insides with some butter, milk, and salt and pepper. 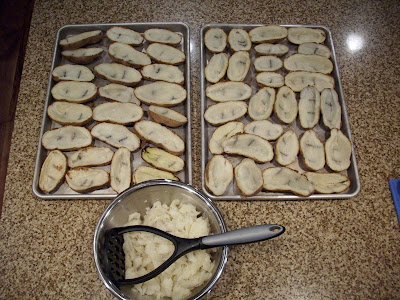 Then I scooped them into muffin tins and put them in the freezer for an hour to create individual servings. 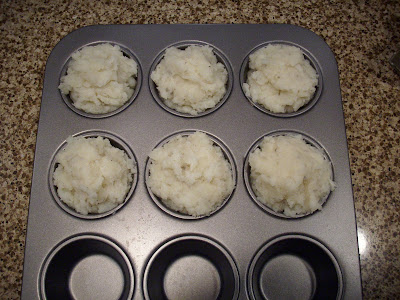 While those froze, I filled the potato skins with cheese, chopped green onion and bacon pieces (not fully cooked so that when they get cooked later the bacon won't be too crispy). 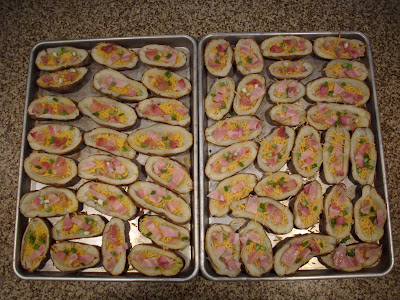 Voila! I now have a freezer full of potato skins and mashed potatoes to use for lunches or dinners throughout the whole month! Not bad for less than $4 dollars! 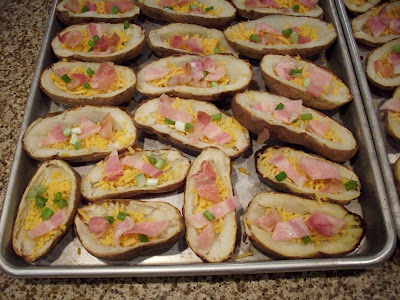